If you’re looking to escape the fast pace of the big cities, fewer places are better than the serene Sawara’s Historical District. Once an important trading town, this area of Chiba has kept its rustic charm while remaining a welcoming haven for weary visitors and those searching for power spots.

Travel back in time at Sawara, Chiba’s retro riverside town.

Sawara’s Historical District, found in the northeastern part of Chiba Prefecture, is an impeccably antique town that once served as an important commercial hub for domestic trade. The area has managed to maintain its charming old-world aesthetic: a glassy river lined with willow trees flowing between shop fronts with wooden lattices and iconic tile-roofed buildings.

Its former glory was largely attributed to the Ono River, a water network that connected it with Edo (the former name of Tokyo). Today visitors can take boat trips along the historic river, framed by some of the best-preserved Edo Period buildings in Japan—so much so that in 1996, Sawara became the first "Important Preservation District for Groups of Traditional Building" in the Kanto region, which includes Tokyo and Chiba. Other areas of interest include Katori Jingu Shrine, a Shinto shrine dating as far back as 700 B.C. Famous for its spring cherry blossoms and fiery autumnal hues that dress the surrounding foliage come fall, Katori Jingu Shrine is also a known “power spot.” This is a popular concept whereby certain locations bestow mystical energy upon visitors.

If you’re still on the hunt for some divine luck, you can check out the thousand-year-old Kanpuku-ji Temple, one of the three great temples dedicated to warding off evil in Japan. Sawara also has a packed festival calendar too, including the Sawara Grand Festival, the town’s largest celebration, which has a history of over 300 years. It is held twice a year; once in July at Yasaka Shrine, and October, at Suwa Shrine, and sees the streets filled with incredible floats. There is also the Suigo Omigawa Fireworks Festival on August 1; the mid-August Bon Festival in Sawara where the town is decorated with lanterns; and the Hina Masturi, a festival for the health and safety of girls, which features a river parade. 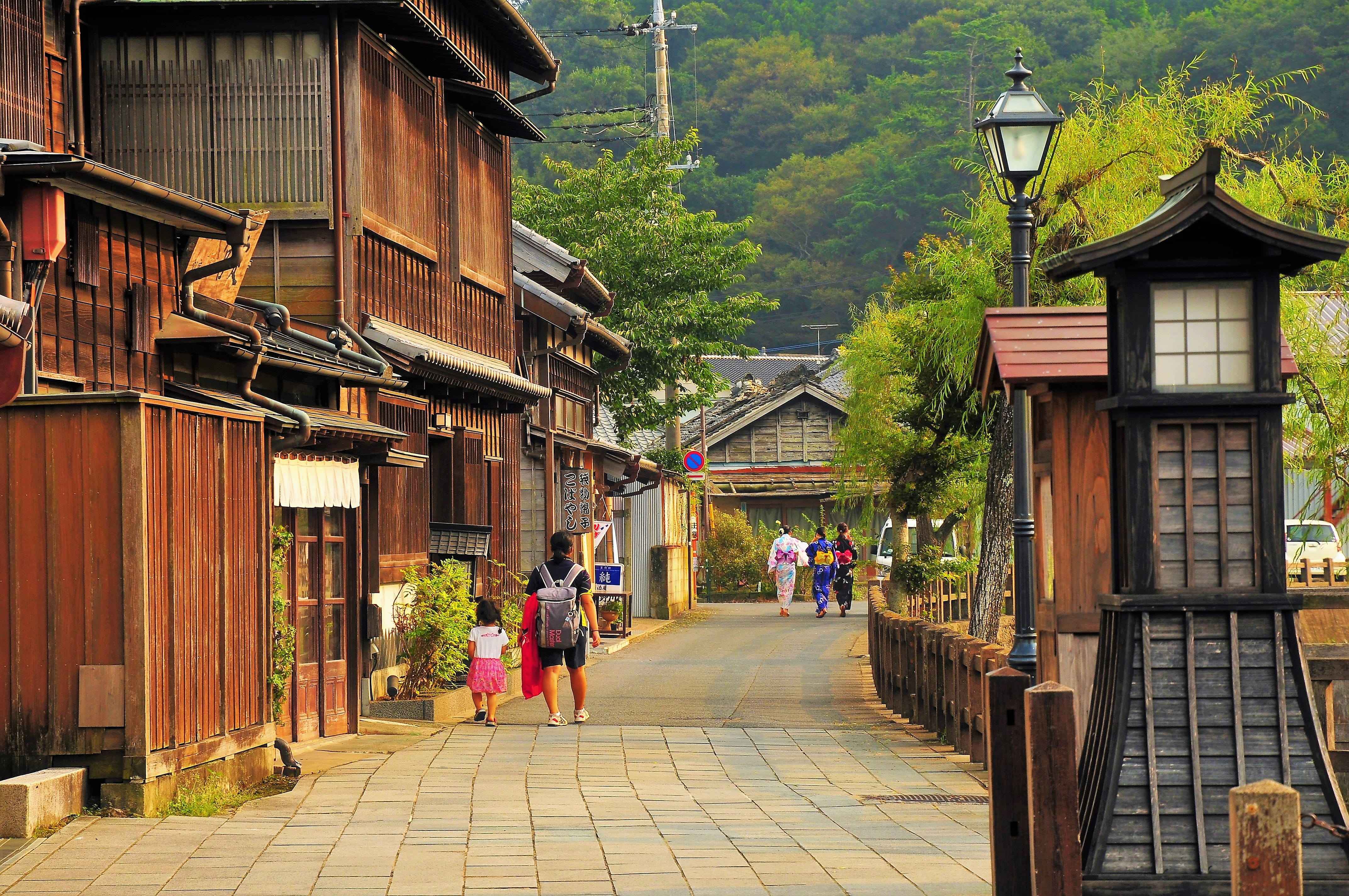 Anyone who wants to enjoy the unique atmosphere of Edo period Japan need look no further than Sawara! Just two hours from Tokyo by train, and a stone’s throw from Narita International Airport, it’s a great place to stop by before you head home.

Please note that for the safety of guests, policies such as temperature monitoring and limiting the number of customers are in place.